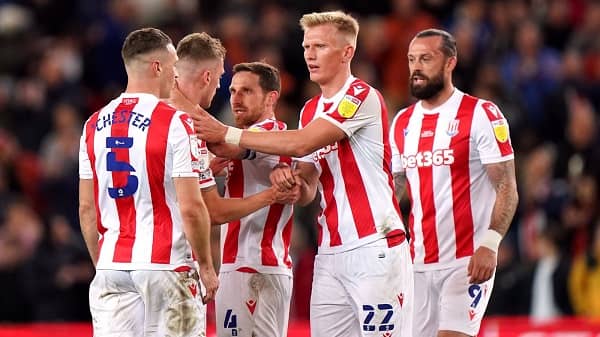 While chances for the Baggies were rare – particularly surprising given their ruthlessness in a midweek 4-0 win over Cardiff – the hosts missed another chance to take the lead when substitute Sam Surridge had a penalty saved by Sam Johnstone.

But they worked through the psychological barrier and finally made the breakthrough when Powell latched onto a lovely through ball from Tommy Smith and lifted a stylish finish over the onrushing goalkeeper and into the back of the net (79).

West Brom stay top despite suffering their first league defeat of the season, while Stoke climb above Fulham into third.

How Stoke made a statement against the league leaders

It was clear that Stoke were looking to exploit the high West Brom line from the outset and while Adam Davies was the busier goalkeeper in the opening exchanges, it was the hosts who should have been ahead inside 10 minutes.

An intuitive flick from Powell released Brown, who ran through on goal before crashing a shot off the base of the left-hand post, before Joe Allen thumped wide after the Potters retained possession.

Chances came at a premium thereafter until the 40th minute, when Furlong comically stooped to head the ball into his own net. But celebrations were halted rapidly after a foul from Mario Vrancic on Callum Robinson in the build-up – a decision that brought heavy boos from the home crowd.

Five minutes after the break, Vrancic himself went close when a curling free-kick clattered the crossbar, before another set-piece was beaten away by Johnstone and Surridge hit a weak effort at the stopper after connecting with Josh Tymon’s inviting cross.

Moments after Jake Livermore had steamed into the box and prodded wide following a long throw from Furlong as West Brom sought a sucker-punch, Stoke were awarded a penalty when Surridge was caught by Johnstone. It was, however, well saved by a strong left-handed stop from the England goalkeeper.

The Potters had the last laugh, though, as Powell collected Smith’s neat pass and lifted the ball into the back of the net, to score his fourth goal in as many games and seal an important win in Stoke’s promotion push.

Man of the match – Ben Wilmot

“He was the star performer for me. He dealt with everything the West Brom forwards had to offer tonight and helped Stoke to keep a valuable clean sheet.”

What the managers said… 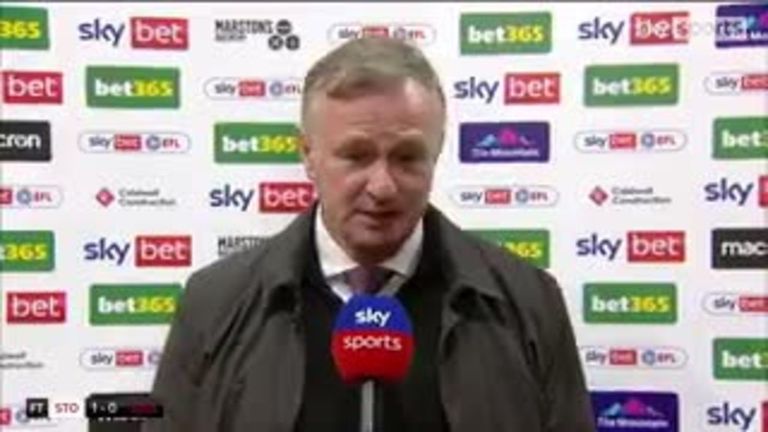 Stoke’s Michael O’Neill: “We made it hard for ourselves. We had two really good chances in the first half and when the game is a 0-0, it is always finely poised. In the second half, we were by far the most dominant team and it was a brilliant finish from Nick.

“We should have been ahead in the game, there’s no doubt about that, but I think we showed good character, given what happened, that we believed we could still go on and win. We deserved the three points.” West Brom’s Valerien Ismael: “I think Stoke deserved to win tonight. It was not enough – it is as simple as that. I don’t know if it was tiredness from the trip to Cardiff, but we made too many mistakes and didn’t keep the ball in the pocket like Tuesday.

“Throughout the game, we were too average, so we can learn from that today. When you put in an average performance, you can’t pretend to win the game; someone will come from behind and take your spot. We need to recover now, prepare for the Birmingham game and go again. Tonight it was clear to see that Stoke were the better team on the pitch and the best team we have played so far in the league.”

Both sides return to action after the conclusion of the October international break. West Brom host Birmingham at The Hawthorns at 8pm on Friday, October 15 – live on Sky Sports Football – while Stoke travel to Bramall Lane to face Sheffield United at 3pm the following day.